Gordon Masson from Aberdeen, Scotland, UK owns a 1976 S1 in Red, with a tan/cream leather interior.

The car is chassis number 0100G which was the first production Esprit. My understanding from talking to various people over the past 20 years is that the car was not originally going to be sold to the public and the Lotus Build Book specifies the car as the “Demo Version”. However from what I understand of Lotus at that particular time, there were cash flow problems and the car was eventually sold as a “Demonstrator” to High Cliff Motors in Grimsby. The car was featured in an article for the local paper in Grimsby and several Press photographs were taken of the car for use in the article.

The car didn’t remain a Demonstrator for very long as the early cars were in very short supply and it was sold on. There then followed a period of breakdowns and mechanical failures that can only be described as excessive even by early Lotus production car standards. In fairness however, the original intention was never to sell this particular car to the public and much of the development of the Esprit was still ongoing on this and the other very early cars during the first 6 to 12 months (using the new owners as test drivers to a certain extent).

The problems on 0100G however were severe enough to result in Lotus buying the car back from the first owner in June of 1978. The car was retained by Lotus for another year before it was sold on again in June 1979.

As far as I can gather the car was sold to a Mr. Rudd working in the oil and gas industry in the gas fields off Gt. Yarmouth and offshore Aberdeen, hence the car found its way to Aberdeen. The car changed hands on two further occasions before I bought it in September 1983.

Lotus have expressed an interest in featuring the car in the Lotus magazine Lotus Life this year.

This Esprit appears in The First S1 and Showstopper articles 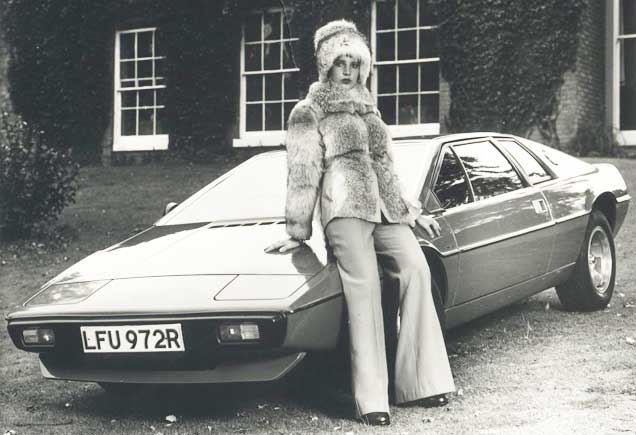